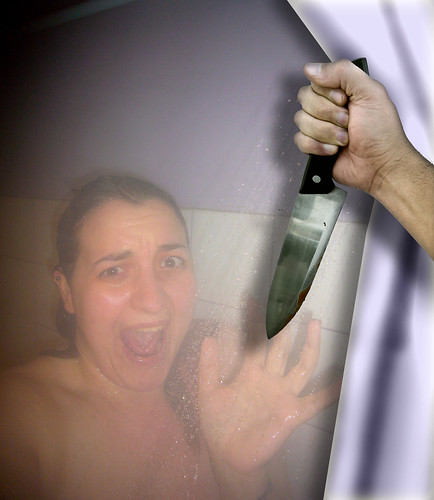 War, imprisonment, murder, rape, any and all unkindnesses we commit towards one another, truly, any interaction between humans that creates resistance, takes place on the Victim Triangle. Such destructive interactions are the actual results of generations, indeed centuries of living in a state of Victimhood.

As long as we believe another is trying to hurt (or destroy) us (or another), we are in a state of Victimhood. When we are in a state of Victimhood, we automatically react by either striking out, or attempting to rescue those we perceive as innocent victims. In essence, we move from one role to another, round & round the Triangle. Remember, we never play just one of the roles on the Triangle, we move in & out of all three, Victim, Persecutor,Rescuer, constantly.

As long as we hold beliefs that prompt us to see the world, or others, as being against us, we will act and feel as victims. In other words, we will act defensively. Defensive reactions look to the other side like attack. As a result, the other side is likely to react defensively/aggressively in return. A war has been started. The Victim Triangle is the battlefield where such wars are played out.

But, Victimhood, as a state of consciousness, has nothing to do with what is happening externally. Victimhood is created by what we BELIEVE about what we are experiencing, not the actual life circumstances. We may suffer external attack (and so be referred to by the outside world as a “victim”) and not be in a Victim state of consciousness at all! It all depends on how WE perceive it. Victimhood prompts us to see ourselves (& others) as being done to by, or at the mercy of, an unkind & unjust world.

But, there is a state of consciousness that transcends Victimhood. 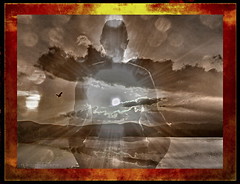 To better understand how one might transcend Victim consciousness, (& perhaps begin to understand how some are able to survive extreme circumstances while others are not) I think of the example provided by Victor Frankl, a Jewish psychiatrist who wrote, “Man’s Search for Meaning.” His book is about his experience in a concentration camp where he lost many of his family members. He not only survived the gruesome life in the camp, but actually ‘transcended’ it. Frankl refused to see himself as a victim. Frankl chose to believe that he could grow stronger through his experience & indeed, he did. Instead of succumbing to feelings of hopelessness, he searched for some kind of higher meaning in what he experienced and was therefore able to find a semblance of peace, even in the midst of hell.

To transcend Victimhood, another world view is necessary. Instead of seeing ourselves at the mercy, we must learn to see the world as a mirror. Indeed, that is what the ancients teach us. “As above, so below,” says the ancient Hermetic axiom, meaning, “as within, so without.” In other words, the external world mirrors in concrete, physical form, our own inner beliefs and thoughts.

Understanding the world as a mirror means that we see our everyday lives, our external situations & conditions as a direct, ‘fleshed out’ version of our inner thoughts, fears and beliefs (both positive & negative)

The mirroring concept is as relevant on a world level as it is on the personal level. Conflict between large factions (such as between Israel & Palestine), for instance, reflect the victim state of a collective mind. In other words, the Victim Triangle is played on the macrocosmic as well as the microcosmic level. What we see going on in the outside world between countries and on the state/federal/world level can only, and will always, be a reflection of the mental state of humanity, with all of its judgments, prejudices and fear-filled beliefs. By such standards, we see that presently we live in a world wide victim consciousness.

The Victim Triangle is indeed EVERYWHERE.

We can choose to transcend the victim mind however. We can do it by focusing on looking at our life circumstances, and our encounters with others as being direct reflections in fleshed out form, of our own thinking and then using that understanding to find & clear within ourselves the victim beliefs that truly ARE holding us captive victims.