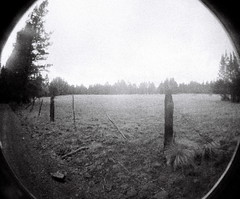 A question I have explored for years, personally and professionally, is this: do feelings come from thoughts or do thoughts come from feelings? Or does it work both ways, with thoughts and feelings both prompting a response from the other?

An online friend wrote and put forth the widely upheld argument that thoughts come from feelings. He said, “You (may) … feel an intense surge of depression or you (might) begin to laugh – these states are not caused by thinking they are emotional communications that override any thoughts.”

For a long time I shared a similar logic. I agreed with such evidence as my friend presented when he said, “You see a spider/snake/lion and you feel fear – instantly – there is no thinking about it.”

That sort of logic made sense to me for a long time.

In more recent years, however, my thinking has shifted. As a result of experimenting with the idea that feelings cause our thoughts, I have concluded the opposite; it is thoughts that determine our feelings.

In John 1:1 we read, “In the beginning was the Word.” What is a word, if not spoken thought? In the beginning there is thought, which is the mental energy that generates an electromagnetic energy field that makes all manifestation possible. In other words, thought creates the energetic pattern, or basic structure that brings the thought into form. Thought comes first.

Here's how it works:

We adopt a set of beliefs from the thoughts we think. These beliefs coalesce into a story about life (And believe me, we have stories about everything!). For example: we may have a story that spiders/snakes/lions are dangerous. Perhaps that story comes from s program we saw on TV about a lions attack, or perhaps we once saw our dad kill a rattlesnake, or maybe we remember hearing our mother scream when she saw a spider once and, as a result, we have a story in our minds about that particular animal being dangerous. Of course, if, and when we encounter that animal our story about it is triggered in our memory, and we react accordingly. This all happens automatically according to the following formula: Thoughts believed generate feelings that prompt behavior. WE DON'T HAVE TO THINK ABOUT IT. The energetic imprint is already in place!

Actually, we now know that this thought/feeling imprint becomes a neural pathway in the brain! After all, what is a neural pathway, but the process of thinking the same old thoughts, feeling the same old feelings, and reacting in the same old ways, over and over again? This repetition creates a literal “wrinkle” in our brain that becomes our default position: one that can be triggered at any point in the neural loop.

Any outside event, like smelling a particular scent, or seeing something familiar, or the way something feels, can trigger the neural loop and off we go into our deeply embedded “core” pattern of thinking, feeling, and reacting, which produces the same predictable outcome every time. It is an automatic happening.

What's more, in recent times, Epigenetics has discovered that our genes change according to our thoughts! This implies that our DNA is capable of being changed. Uploaded with new information, our genes re-inform our DNA, and suddenly we are completely changed – from the inside out! This finding also implies that our belief system is contained within our DNA and is passed on to our lineage. So when we clear our beliefs, we change our DNA which, in turn changes future generations.

It has even been conjectured that, because the DNA is timeless … changes in its structure not only affect future generations but also members of our bloodline already born! Clearing our beliefs then becomes the way we “cleanse our bloodline” from destructive beliefs and replace them with more life-giving ones instead.

I believe that the mind is the creator – always. The first by-product of the mind is thought, When the thought becomes a belief, it sets up an emotional energy field that informs our behavior. (Think of the mind as a generator that cranks out emotional energy in the form of feelings.) When we encounter someone/something that triggers one of our stories or beliefs, we automatically feel the feelings that go with that story/belief and we behave accordingly.

“Why Your DNA May Not Be Your Destiny”: http://www.livescience.com/37135-dna-epigenetics-disease-research.html

“Falling For This Myth Could Give You Cancer“: by Dr. Mercola:      http://articles.mercola.com/sites/articles/archive/2012/04/11/epigenetic-vs-determinism.aspx