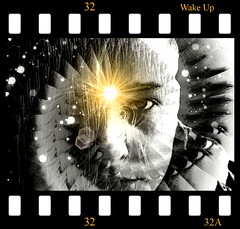 The observer self is that neutral inner space that allows us to recognize that people tend to automatically react from their own unconscious patterns of belief, rather than because of us. This knowledge makes it possible for us to stop making their reactivity about us.

This means we can stop taking the doings and sayings (and all the reactions) of others, so personal! We do not have to make their choices, and reactions towards us, about us.

None the less many of us do personalize the behavior of others. We assume people do what they do “at” or “to” us, and that’s where the trouble begins.

Rather than observing that people are miserable because they believe their own unhappy thoughts about themselves, and the world, we, like them, tend to blame external factors, outside situations, and other people, for the misery we feel, and that we witness in them. This search for an external cause makes it easy to fall prey to a “witch hunt” (victim) mentality in an effort to find who or what is to blame for the misery we see and experience.

The simple truth is that as long as we think there is an external cause for our own (and their) misery, we will have no choice BUT to go on seeking something/someone else to blame for the unhappiness we see.

The blame game is one of finding external causes for pain, rather than to understand that all misery originates in the mind of the one who is miserable. Always. No exceptions. Yes, sad, traumatic, painful things happen in life, to all of us. But even our emotional responses to things such as these are created by what we tell ourselves about them, and not the events in and of themselves.

Blaming is what those of us caught up in victim consciousness do. This is because no one ever taught us that it is our thinking and not outside events that cause our pain. Therefore when we are unhappy, we look for something “out there” to blame for it. Blaming others becomes a way to protect ourselves from being blamed: blaming outside people and events becomes our default setting for self-preservation.

But there is another alternative besides the “blame game.”

Our perception and response to life changes dramatically when we learn to look for the underlying belief pattern that is the true culprit that causes our unhappiness.

Rather than to engage in a victim strategy that requires us to defend our innocence by, in turn, blaming others, we can instead learn to sidestep the accusations others hurl our way in their attempts to protect themselves, and, like an Aikido master who skillfully steps aside, we learn to allow the negative energy force of blame to go by us observed, but unheeded. This side-stepping motion allows us to step aside into an observer space, to remain calm and detached (rather than to personalize the attack), and so allows something totally new and more positive to transpire instead.

I recommend my book, Guiding Principles for Life Beyond Victim Consciousness, as a step by step guide in learning more about how to access observer consciousness, and sidestep blame. 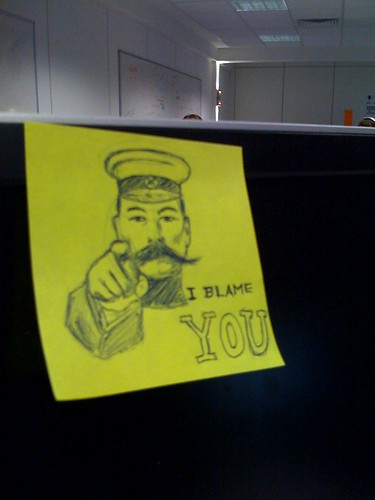 Negative judgment of others acts like a finger pointing, it reflects back to us our own internalized guilt. Blame of self is behind all externally focused negative judgment.

For instance, when I find fault in you … I am really seeing something about myself that I have not accepted. Instead of owning it, I deny it and look for a way to blame you for it.

When we judge ourselves we feel bad … usually the bad feeling we feel is guilt. For instance, we decide that we're not good enough or that we've failed somehow. We suffer remorse and guilt as a result.

To feel better, we cast this blame of self out onto others. This is called projection. Now we see the other as wrong.

They become the guilty one. We are spared – or so we think.

The truth is however, that mental/emotional freedom will continue to elude us until we have found & forgiven that which we have judged within ourselves.


What is victim mentality? It’s a state of mind that is perpetually looking for something “out there” to blame for the situations and encounters that are happening in life. Victim mentality is the result of a dysfunctional family system. When the significant caregivers in the family unconsciously react out of their own childhood woundedness they perpetuate dysfunction within their family unit. Failing to assume personal responsibility for their moods and behavior, they look for someone within the family to hold responsible for the problems and unhappiness they experience in life.

These families fall back on blame and shame in an effort to feel some sense of control over the powerlessness they feel inside. Being right becomes more important than personal accountability – they need someone who they can see as wrong – they need a scapegoat.

A scapegoat is the not-so-lucky family member who has been unconsciously assigned to be the family problem. They serve as key elements in maintaining the equilibrium in a dysfunctional system because they allow the family to maintain a sense of being functional by serving as the dysfunctional element. This promotes the denial needed for other family members to feel powerful and right. The rest of the family can be seen as a functional family unit – “if only so and so (name of scapegoat) wasn't such a problem!”

Every dysfunctional family has a scapegoat …. they provide a vital sense of overall health for the rest of the family.

Unfortunately scapegoats pay a high cost for playing this essential role for the family.