Recently a subscriber asked this question: “How I can be an observer of my being in observer consciousness? How can I pull back from my own observations of the manifestations of my own thought processes in order to see clearly where I am going wrong and where I can alter course to go right??

But I remain poor because I believe I am poor. I am poor because that is Reality for me. But is being poor my actual Reality so I should just accept being poor as my lot in life (like being nailed to a cross). Or can my reality be changed say, into my becoming rich instead?? Is there any actual, fixed, inescapable ultimate Reality, or is Reality merely a product of set beliefs (whatever they happen to be??) that can flow and change with every flow and change of thought and belief…To put it another way, I can understand your words, I can see your point, but I cannot see what you mean in relation to my own life and my own path through it.

Her question is one that is relevant for many of us who get stuck internally ‘looping around the victim track', like a dog chasing its tail, in an effort to escape from our mental stuckness.  If this sounds familiar to you, perhaps my response to this young woman will help you break free next time you find yourself there!

There is a part missing in the sharing of your process as described above. The part missing is the part about what you do once you've uncovered a troubling belief, that is the process of questioning the painfully life-limiting beliefs you've discovered!

Yes, you are observing your beliefs  – that is the first step – NOW, your job is to take these uncovered beliefs, such as “I am poor,” through the process of observer consciousness which is to align with REALITY (as opposed to your STORY ABOUT Reality – two very distinct worlds) by questioning these beliefs.

Reality is constructed of always present, everlasting, basic laws, which have been observed and described all the way back to the beginning by the ancients. The world and Reality are governed by very specific guiding principles.

These principles are the constructs of Reality and when we line up with them, we are aligned the Reality that is Home for us. Reality brings us to our center, it is where peace abides, Christians refer to it as the “Kingdom of Heaven,' and it is possible for us right now through a process of questioning our beliefs.

One of the guiding principles of Reality (I describe fourteen original guiding principles in my book (since condensed into a more concise list of 10 Guiding Principles) that defines Reality and God as Love as being one and the same. It further denotes the existence of an Energetic Life Source (beyond our ken to know or even imagine) from which ALL things come, that is ever present, and benevolent; a Living Intelligence indeed that abides closer to us than our very skin who desires to have a personal relationship with us. As a matter of fact, according to the principles, we are emanations of That Life Source (“The Father and I are One”).

The Ancients believed that all 400 billion galaxies are happening  in the Mind of Creator. We are all THOUGHT become being … “the word made flesh.”

Another ancient principle states that all mankind has free will. This means we get to choose what we think and believe. This is the free choice we have; we have the right to believe whatever thoughts we choose! Most of us believe that because we think it, it must be true. But the principle about free will teaches us otherwise. We get to choose what to believe. And what we choose to believe affects the way we feel, the way we act, and therefore determines our response to life, and life's response back to us.

In other words, what we believe frames the way we see the world. The beliefs we take on form a belief system that becomes our personal story, the story of a limited self, and creates immense suffering in its wake, simply because we believe these unhappy stories are reality. And they are! These limiting, often self-destructive beliefs become our personal reality, and unless we question those beliefs, we will never escape that limited world.

You have uncovered one of your painfully limiting beliefs. GOOD! Now, take that belief through Byron Katie's Four Questions and Turn Arounds (www.thework.com) – Question that belief, not to get rid of it (altho it may eventually go on its own) but to step back from it, so that you don't have to feel as it it's true, and act it out in a way that proves it to you as reality. Change your reality by questioning your story about reality.

B.T.W., this process AND the guiding principles th at construct Reality are all in my book, entitled Guiding Principles For Life Beyond Victim Consciousness; purchase it here: http://amzn.to/beyondvictim 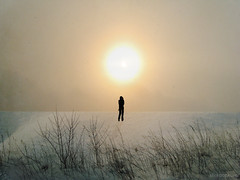 Source, in its infinite wisdom and compassion for us, stands back, allowing us the freedom to believe whatever limiting thoughts we choose (and the suffering that goes with it). Source does not intervene or attempt to rescue us from our painful thinking. It just goes on ceaselessly radiating its Light and Kindness – leaving us free to choose: Do we choose to remember our divine heritage, that which breathes us, that is always with us, closer than our very skin? Or do we go on empowering a painful story about a limited self that suffers? We are free to decide.

Meanwhile, the Universe draws to us the people and situations that accurately and absolutely reflect the painful beliefs we hold. This Universal design is the way of a compassionate Source who, in its non-demanding way, is ever ready to help us identify the nature of what it is we are believing that limits us. How else, except through these encounters with our thoughts in physical manifestation, are we going to see the painful story we are believing that separates us from Source?

Look upon your troubles as friends come to show you the way Home. 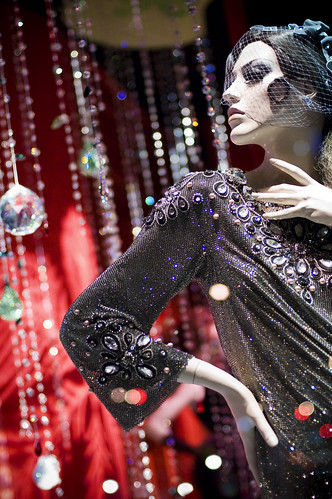 Most (if not all) of us carry a painful and life limiting story about who we are.

We may swing to the other extreme of grandiosity or false bravado or present a facade of extreme self confidence as a way to cover or compensate for these stories but underneath we often secretly feel like a phony.

Sometimes we even convince ourselves that we have no such negative or limiting beliefs on board.

But I have never met anyone who does not have (or  had) some sort of constricting story about themselves or life.

We cannot escape or get rid of these stories, but we can pay attention to them and begin to question their veracity – especially the ones that bring us distress.

Begin to listen to the stories you create and be ever willing to doubt.

Interject a seed of doubt between you and the story you've devised especially when it's a stress producing one.

Rather than automatically believing what you think, learn to question it closely.