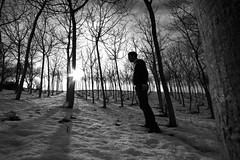 To find peace from the state of victim consciousness, we must do the following :

A client recently showed surprise when I told her that victim consciousness happens in the mind as a result of our own thoughts, and is not caused by external circumstances. Most of us have been raised to believe that victimhood is the result of what we go through. The reality however, is that victim consciousness is caused by what we tell ourselves and by what we believe about the things we go through, not the external conditions and situations themselves. It is possible to go through a horrific situation and not succumb to victim consciousness. We can be at peace even in the midst of hard circumstances. (Read Victor Frankl's book, “Man's Search For Meaning” as an example)

A powerful example of someone who by all rights could be called a victim, but who refused to succumb to victim consciousness, is Dr. Stephen Hawking. Dr. Hawking, a renowned physicist, has been said to have lived longer with a form of neuro-muscular dystrophy (similar to ALS) than most, and although he is mostly paralyzed, he continues to contribute to the world in major ways. He is considered to be one of the most highly-acclaimed scientists and foremost thinkers of our time.

Dr Hawking clearly does not operate in victim consciousness. He obviously does not see himself as being at the mercy of life, nor does he apparently think of himself as being helpless, pitiful, unnecessary or worthless. Even though he is restricted to a wheel chair, he continues to assume responsibility for himself and is a major contributor to our present day understanding of physics. He is a powerful demonstration of how to be at peace with reality.

Although we do not choose what happens to us, we can choose how we deal with it. What will you choose? Victim consciousness or peace?

PS. And if you want to read more about the hurdles and personal achievements of Stephen Hawking, you might enjoy an article by Anna Kurcirkova;  “What Made Stephen Hawking Great?”

by rivalee
Have you noticed how often it's the mind, rather than life events, that spooks us?

While in Miami doing a qigong workshop with Jeff Primack of Supreme Science Qigong Foundation I stayed at a hotel on the beach and awoke early one morning with the inspired notion of doing my morning practice on the beach.

A few minutes later I arrived on the isolated beach which was still in pre-dawn darkness and selected a spot directly in front of the hotel from which to practice my level II form. I'd just warmed up and gotten myself in right alignment when someone spoke.

My eyes had been closed so I had not seen him approach.

Startled, I blinked my eyes open and saw, standing directly in front of me, a Latino man holding a beer can in one hand and a brown paper bag in the other.

He spoke again, “Would you like to join me for a beer?”

“No, thank you.” I replied, rather brusquely, and then immediately turned my attention back to my practice.

He retreated a respectful distance away and took a seat in one of the hotel beach chairs, where he proceeded to pop the top on another beer and, apparently, settle down to watch.

I felt un-nerved, to say the least, and bothered … how dare he intrude on my sacred time! I also was determined not to let his presence dissuade me from my morning sunrise ritual … and yet my mind was racing.

I breathed deep and tried to force myself to focus on my form … but I noticed that my sense of peace and safety were gone. As a matter of fact it was taking everything in me just to stay on the beach, much less concentrate on my practice!

My mind was filled with stressful, scary thoughts ….

Chief among these were disturbing stories I'd heard about how dangerous Miami is these days …. “People will even smash through your car window while you're sitting at a stoplight just to grab your bag and run” – one woman had told me the day before. My previous sense of well being had completely evaporated.

When next I glanced his way, he had disappeared. There was no trace left … only the scary stories that his presence had triggered in me remained. I continued to rant inwardly … “Where did he go?” “Was he really gone?” “Maybe he was planning to sneak up on me when I least expected it ….”

I became so unsettled that I actually stopped my practice and started back to the hotel. I got as far as the steps leading back to the hotel pool area before I finally got a hold on my mind.

“What am I doing?”, I suddenly asked myself. “Am I really going to deprive myself of this chance to witness sunrise on the beach?!”

I looked around and noticed that the beach was still just as quiet … just as peaceful, as it had been before my encounter.

I heard the sound of the morning waves lapping gently against the sand and noticed the beautiful pink of a sky beginning to lighten with the rising of a new day. The only place NOT at peace was my mind. I was the one keeping me from enjoying the reality of this sacred moment! No one – no thing, outside of me, was causing my dis-ease.

“It's not safe … I could get hurt …. what if he's not gone?” “What if he tries to hurt me?” – these thoughts were destroying my sense of peace and awe – not my Latino friend! What had he done other than simply offer to share with me?

This realization allowed me to relax … I smiled to myself and returned to my spot on the sand. The mind quieted and peace returned as I let go into the reality of the present moment.

Suddenly I felt grateful to this man, my morning teacher, who, whether he knew it or not, had come to show me that peace is always an inside job.