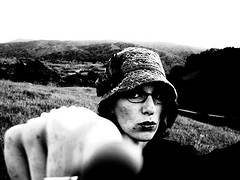 In getting off the Victim Triangle we must shift our priorities by changing our perception about who we are and are not responsible for.

Below is a list of shifts that occur in our primary relationships as we recover from rescuing:

These are a few of the changes that happen naturally as we move out of rescuing into an increasing self awareness. May they become your daily reality. 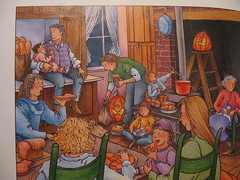 The very compassionate and caring mindset of “sharing the wealth with those less fortunate” is something I understand and with which I greatly empathize. I believe strongly in being in service and so those words sound good to me. Of course one should share!

I've done a lot of thinking about this idea, especially now, since it's one that's getting a lot of press on the political scene lately. I've been thinking it through very carefully, applying the same frame of reference that has worked so successfully in the other arena's of my life and doing so has brought up some important questions for me about the “sharing the wealth” concept that, for years, I assumed to be the most loving, kind and, well frankly, the ONLY way to be ….

Probably the biggest question thinking it through brought is … How does this idea of “sharing the wealth” differ from that of carrying others? 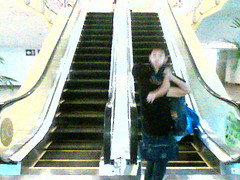 This is quickly followed by the next question … If care-taking others does not work (and it hasn't – ever) within my own family or in the families of my friends and clients – then how is it that we think it will work on a bigger scale?

I think of the Hermetic axiom here, “As above so below … as within so without …” In other words, what applies to the micro will also apply to the macro …. I love that this is true because it gives me a way of understanding the large through the observation of the small.

On the microcosmic level – within my own sphere of influence, I've observed that doing FOR others creates dependence, loss of self-esteem & destroys their belief in their own skills & abilities.

When we jump into a rescuer mode with someone, we inadvertently end up teaching them to expect to be taken care of – it's human nature, isn't it? – I mean, isn't it sort of the way it is that when you take responsibility for someone else- before you know it they're sitting down waiting for you to do just that? At least that's what I've observed – on every level.

Inevitably the one you're carrying comes to think that it's YOUR job to take care of them! And they'll even come to resent you and accuse you of being unfair if you don't do it to their satisfaction. The mind set becomes, “you have … and I don't and we all know that's not fair … SO you should give me half! ”

I've seen that I do not truly help when I rescue others –oh, maybe I offer them a momentary respite perhaps …. but mostly, I put them on my dole list so that they come to rely on me for their ok-ness. And I have somehow become convinced that it's my obligation to try to give them what they want.

I've come to see that I actually do a disservice to those I am trying to help when I care-take them…. By taking on responsibility FOR them I send the message that I believe that they are indeed hopeless or inadequate, etc. In other words, I see them as not being able to handle life. I will treat them accordingly and thereby unwittingly end up reinforcing their own image of themselves. This triggers their holding resentment towards me and prompts a sabotage of my efforts.