I have a painful history with birthdays.

I think it goes all the way back to my sixth birthday, when due to family chaos and dysfunction, my birthday was forgotten. From that time on, every birthday would bring some kind of painful reminder of those old feelings of hurt & unimportance. 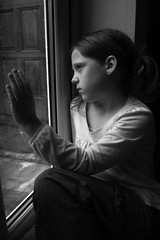 As mental clarity has increased however, the emotional trauma around my birthday has decreased proportionately.

This year, the Universe used my birthday to demonstrate its awesome sense of humor!

As I mentioned in a previous post, I awoke on my birthday, for the first time in years, in my mother's home, with her, my step-father and siblings – no spouses or children, etc to distract us from our limited time together.

It was early morning when I opened my eyes and perhaps for the first time ever, instead of asking myself the question, “Wonder if they will remember my birthday?”, I asked something much more relevant;

“How do I want to celebrate the anniversary of my birth?”

I decided that I wanted to take a walk to the little park nearby while the morning dew was still glistening. As I walked along, I became aware that I was singing to myself words from an old song that goes; “On the day that you were born, the angels got together & decided to create a dream come true….

A Walk in the Park: by aussiedee77,

Then as I rounded a corner on the path, I saw a big red blossom directly in front of me … standing out on its stem as if it were offering itself to me. “Happy Birthday” from the Universe, I thought as I picked it and carried it along on my walk.

Later, when I returned to my mom's house, I gave her the flower I'd picked and thanked her for having brought me into the world.

… so I wasn't surprised that she had indeed forgotten my birthday.

As soon as I mentioned it however, she threw her precious little hands up in the air, and said,

“It's your birthday?! We haven't sung “Happy Birthday”

… and so she & the family did just that – everyone joining in together to sing a robust version of the birthday song ….

Well, as the day proceeded, every time some mention of my birthday would come up she would go through the same ritual …

This happened a total of six times and by the last time, I was laughing so hard that tears were rolling down my cheeks.

I couldn't help it … it was like the movie, “Groundhog Day” …. She would repeat the exact same physical gestures, say the same thing with the same tone of voice and then lead the whole family (who all went along with it as if it were the first time they'd sung it) in the birthday song.

Finally, mom asked why I was laughing so hard

… and my sister piped up and said, “Well mom, we're just wondering exactly how many times are you going to sing “Happy Birthday” to Lynne?”

Well, my mother may be loosing her memory, but she still has a strong mind and when she heard the question, she realized what she'd been doing and started laughing too … which made us all laugh harder until tears of pure, funny joy ran down our faces.

It was the making of a perfectly precious memory.

It wasn't until I was thinking about it later that I realized how truly perfect it was though.

Rather than look to someone else to remember my birthday I had come to a place of being able to truly appreciate and celebrate my birth whether anyone else remembered it or not. This allowed me to experience the gifts that the Universe offered me that day (and there were many). But especially awesome was the recognition of how the Universe had set it up so that

I got to experience having my birthday forgotten in a way that caused it to be celebrated over and over again!

What a wonderful way to resolve an old story of being forgotten and unimportant, don't ya think?!

Whoever thinks Universal Source has no sense of humor, think again.

Like Loading...
PrevPreviousSharing a Limited Concept of Self with Others
Next“I should be doing more” – Is it true?Next