Redistribution of Wealth- Is it Caring or Carrying Others? 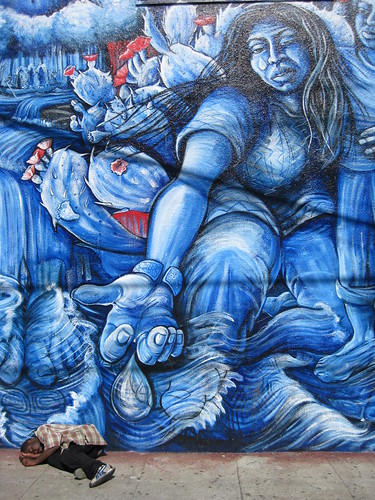 It took me awhile to be able to see a difference between caring for and carrying others. There is a BIG difference. The motivation behind our giving as well as the resulting outcome helps us determine whether we are acting from a place of true service or actually dis-empowering them through our helping efforts

When we are moved to do for others from a sense of guilt, obligation or because we feel sorry for them, we are much more likely to (dis)enable, rather than benefit them.

This is because when we see others as weak, incapable, picked on, unfortunate or less than in any way … we do them the disservice of seeing them as victims.

When we view people as having problems rather than life challenges that promote growth, we act in ways that inhibit their learning opportunity and we end up undermining their independence and the satisfaction that comes from personal achievement. We end up exacerbating the “problem”.

This seems to me to be our situation on a national level. We've become convinced that we must take care of the unfortunates with their “insurmountable problems”. But, it doesn't matter whether we're carrying an individual family member or thousands of welfare recipients …. the same unhappy consequences result – dependency, poor self esteem, decreased motivation to succeed, resentment and blame.

The longer someone is carried the more their self esteem suffers. (It's widely known that one of the crucial elements of a healthy self-esteem is a sense of capability and productivity.) The less capable someone feels, the more dependent they become. Resentment sets in – causing them to demand more and blame others for their misery.

Do you recognize the Victim Triangle here?

One of the built in issues with rescuing (i.e. carrying others) is the need on the part of the rescuer to (often unconsciously) perpetuate dependency. Care-taking brings a temporary sense of fulfillment – like we're really doing something good here in coming to the rescue – but it also promotes a sense of oneupmanship and power that is addictive. (“I have more, know more, am stronger, more together than they are….”)

This is our present national approach in helping those we see as less fortunate. It is one that actually reinforces and expands the problem that it attempts to solve.

A caring approach is one that operates from principles such as that spoken of in the folk wisdom that says;

Of course, we can't just quit taking care of those in our country who have grown totally dependent upon being carried – that would never fly … we're too deep into rescuing to think that we could suddenly just stop doing it. We can however, listen carefully and think long and hard about the viewpoints of our politicians; about where they stand when it comes to rescuing versus empowering those in need and vote accordingly. Let's ask the question, “Are we moving more deeply into a rescue mode that disempowers Americans or more towards supporting individual autonomy?”