We Teach Others How To Treat Us 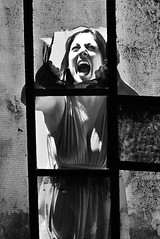 For years I've said to clients, “we teach people how to treat us.” Let me explain what I mean by those words:

Let's say that someone believes that they are unimportant. How would that person interact with others in their life?

If we observed closely we might watch that person put the needs of others first, often ignoring their own to do so. We might notice that when people speak directly to them or seek to know them better, they look down or away, often shrugging off positive comments or mumbling something inaudibly, or they might quickly turn the focus to someone or something else instead. We might notice too how often they discount their abilities and efforts, make derogatory remarks about themselves, refuse to ask for what they want or to speak up for themselves. We might see them consistently choose to sit at the back of the room where they will draw little attention or notice they seem to get lost in the shadow of others.

Don't you think it's probable that such a self-effacing person will invite the same kind of treatment from others that they give to themselves?

And what kind of person is likely to be attracted to someone like one I've described here? More than likely they will be attracted to those who are comfortable being aggressive, controlling and hard to please because these are the ones who are (unconsciously) looking for someone they can boss around, run over, and rail against. Such personality types are the ones who are most likely to treat them in a way that will reinforce their own negative self image.

This is just one example of how it is that we train people in how to treat us. So the next time you find yourself feeling discounted, slighted, overlooked, left out, etc. take a look at how you may be discounting, slighting, overlooking and/or ignoring yourself.

Change the way you treat yourself and watch those around you begin to treat you in ways that reflect that shift.