Moving From Victim to Observer Consciousness 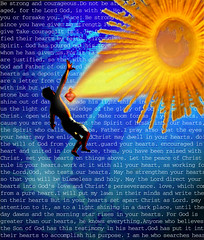 photo credit: Will Hale
My book, Guiding Principles For Life Beyond Victim Consciousness, is a book about our mental (and emotional) journey from the all-pervasive victim consciousness, a chronic state of misery that most of us spend our days embroiled in, to the more liberating, self-empowering observer consciousness.

Observer consciousness seeks the lessons and opportunities for growth that are inherent in our life circumstances, rather than looking for how we've been mistreated or treated unfairly.

Here's an excerpt from my book, Guiding Principles For Life Beyond Victim Consciousness that further defines and elaborates on the concept of observer consciousness as contrasted to victim consciousness.

“We all have an observing function; it is an inherent part of us. We are born with that ability but in many of us it has never been developed or if it has, it has atrophied from lack of use. The observer consciousness sees Reality just as it is, that is, without judgment and without interpretation. It sees what actually is.

Observer consciousness feels no need to deny, justify or make pretty what it sees because it does not judge Reality as right/wrong, good or bad. It simply observes. When we are in observer consciousness, we witness the relationship of cause and effect in our lives and in so doing we access our inner wisdom, that is, our inner knowing.

Directly opposite from the observer function within our psyche is victim consciousness, often referred to as our ego, or victim ego. It is the complete antithesis of observer consciousness in quality and character.

Whereas observer consciousness is detached and non-judgmental, the victim ego is reactive and resistant. It is that part of ourselves that perceives us as separate from the rest of the world. Victim consciousness creates stressful stories about how much we are at the mercy of life. It perceives the world through an externally focused lens, that of victim consciousness.

A Nursery Rhyme Description of Victim Consciousness is provided with the rhyme, “Peter, Peter, Pumpkin Eater.” It aptly describes our relationship with victim consciousness:

“Peter, Peter, Pumpkin Eater had a wife and couldn’t keep her, so he put her in a pumpkin shell and there he kept her very well.”

We can think of Peter Pumpkin Eater as victim consciousness and the wife he could not keep as our observer consciousness.

The observer consciousness is the holy cup or grail that is penetrated by and filled with Spirit. It is our eternal essence and cannot truly be limited, although victim consciousness may convince us otherwise.

Living in victim consciousness keeps us believing that we are a limited self, it rules us and misery reigns. We will go on living constricted lives.

We must refuse to believe the limited definition of ourselves that victim consciousness promotes and realize that we are, in truth, much bigger than we imagine.” (Guiding Principles for Life Beyond Victim Consciousness, by Lynne Forrest, with Eileen Meagher )