Boundaries are set from the inside out … 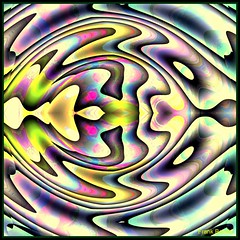 I was asked to define the difference between setting boundaries and delivering ultimatums and decided to share my thoughts on the topic with you all.

But before we explore boundaries versus ultimatums it's important to mention that we don't just happen into the relationships we find  ourselves in – when we recognize we have someone in our life who has inappropriate (or poor) boundaries we need to understand that there is no mistake there, these relationships are not “accidental” happenings. We attract to us those who we need to learn from – so even a person who has poor or inappropriate boundaries are in our lives for a reason; they are here to teach us something about ourselves.

For instance, their behavior may be reflecting our own poor boundaries when it comes to taking care of ourselves. Or perhaps their boundaryless interaction with us mirrors how we disregard the boundaries of others. Or maybe both of these things are true. Regardless, it helps when we approach these people from a point of view that reminds us to identify what is being reflected to us ABOUT us, rather than simply about “making them stop acting the way they do.”

The magical part is that when we do get the lesson being reflected to us and then act to turn it around (for instance, by saying no when we need to take care of ourselves by doing so) that shift is reflected to us through external events almost immediately. Because the world IS a mirror, our shift in consciousness will naturally be reflected to us by those around us. What this means is that, without perhaps having to say a word to the other person, their behavior towards us may change for the better! (I've seen examples of this many times!)

Let me give an example from my own life:
Many years ago, as a teenager, I was involved with a young man who tended to get violent when he drank alcohol. One time, in such a state, he got angry with me for who knows what reason, and in his drunken rage, he started choking me physically. Fortunately a mutual friend stepped in and stopped him, but not before I crumpled to the ground.

Later, when I was thinking about it, I realized that I had put up with that sort of unacceptable behavior from him (and others) and suddenly I felt a shift. Something in me said “no more.” Internally I resolved to never tolerate that sort of treatment again – from anyone. I KNEW that I was finished with accepting that kind of abusive treatment from others.

Here's the interesting part: I never said one word to my boyfriend about my inner resolve. I did not threaten him or deliver ultimatums about what I was going to do if he did it again. I simply knew I was done with that sort of treatment at the hands of others – and that was that!

For years, it was a mystery to me how he seemed to know that I would not tolerate that kind of abuse again. How is it that he never again attempted such behavior? How is it that I've never had to contend with that sort of inappropriate behavior from anyone again? What changed? All without my having to do a thing – other than internally decide!

It seemed miraculous, but in reality it is very simple (though not necessarily easy). The answer is that I shifted internally. I changed my mind about what I would and would not accept and that inward shift was immediately transmitted and then reflected back to me thru my boyfriends change in behavior; it was as if I began to radiate an invisible energy field (which is what a boundary truly is) that had not previously been there, and I've gone on radiating it ever since.

We do absolutely emanate our inner beliefs! And again, because the world is a mirror, it reflects to us our own inner state, once we make up our mind not to abuse ourselves, or tolerate abuse from others, we radiate that message and the world simply reflects our decision back to us.

This is true boundary work. I am not saying we can't announce our intentions to others… WHEN we mean them … and that works too. But often ultimatums do not work – when they are empty threats, based on what we want but don't expect to get. True boundaries are set from the inside out.

I hope this is helpful.
Blessings, Lynne