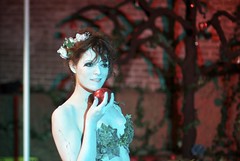 In Christianity, we often hear about the importance of resisting temptation. Often we think this means to resist wayward desires or lusty thoughts, and these are certainly one form of temptation we face. But for many of us, however, the temptations we face are of a totally different type. The temptations we must resist are the ones we face daily on the path of consciousness by overcoming the temptation to lapse into old familiar victim thoughts, opinions and beliefs. What we face on the path to freedom from Victimhood is the temptation that tests the “possessions” held by our personality selves.

Let me give an example:

I was in the kitchen, tidying up at the end of a long day. I was sleepy and eager to ‘hit the sack' but wanted to get things in order before retiring for the night. My husband walked by on his way to bed, and said, “By the way, the dishes in the dishwasher are clean, I didn't have time to put them away today.”

I had to hold my tongue to keep from blurting out the negative words, “Yeah, what else is new, you always leave the dishes for me to put away!” I was SO tempted to say those words out loud; fortunately, I resisted. The saner part of me recognized those words were coming from my victim ego, that part of me that always looks for evidence of how unfairly I am being treated.

These are the kinds of temptations we often face in the process of freeing ourselves from a victim mentality. We must resist the temptation to react from unhappy thoughts and beliefs that only serve to create more disharmony.

Because I resisted the temptation to give in to my own victim story, I was able to avoid the downward spiral that giving in to such temptation produces, a spiral that would most likely have led to outward disharmony between my husband and I. And, resisting that temptation allowed me to move more quickly into a state of gratitude for a husband who loads and runs the dishwasher, instead of criticizing my good helper!

Resisting the temptations of a victim ego that wants us to believe and react to our unhappy thoughts is a form of testing that strengthens us on the path to higher consciousness and freedom!

May you find the resolve to resist the temptation to let your victim ego run your life!

The Victim Mind-Set & Its Healthier Opposite

photo credit: Kanihan A reader shared the following article with me this week. It is a perfect description of what...