What I Added to Lose Weight & Restore Health 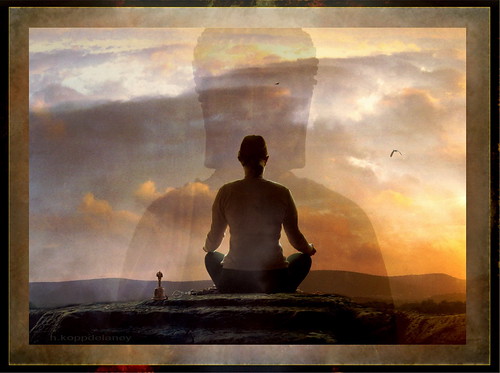 I mentioned in my last post that guilt was the first thing I gave up to help me lose weight. But there was also something I added to my daily life that was equally important in the process of transforming my health.

I added a practice devoted to aligning with Source every day.

I spent years gathering resources for personal healing: yoga, energy work, meditation, alchemical processes. It was the commitment to practice these resources with a sincere heart, to use these as tools for consciously aligning with Source every day that, I am convinced, made giving up guilt (and therefore the weight) possible.

I believe a daily relationship with Source to be the single most important requirement for healing and transforming our lives.

No matter what problems, issues or ailments we may have, the true remedy comes through healing our mind. The only way to truly heal the mind is to align with what is real. How else are we going to recognize truth from illusion? There is only one reality; there is only one thing that is totally real; that is Source.

Nothing is more important than having an ongoing relationship with Source. Make it your highest priority. Start now.